According to a new report from the White House Council of Economic Advisers, nearly half the nation’s homeless population is in California. BNSF has been grappling with an overwhelming increase in homeless encampments along the tracks and on railroad property. In fact, in 2019 alone, 436 homeless encampments have been reported to BNSF and 378 have already been removed.

BNSF’s work hasn’t gone unnoticed. In August, the Fresno County Board of Supervisors presented BNSF Railway with a Certificate of Recognition for the company’s efforts in removing homeless encampments throughout the County, while also incorporating outreach and homeless assistance. And in October, the City of Placentia also recognized BNSF’s achievements in safely removing homeless encampments in that city.

We value our partnerships with cities as we work together to keep our communities safe. Once an encampment is reported, BNSF posts a 72-hour notice to vacate the property and the encampment is generally removed within two weeks. If there is a homeless encampment on BNSF property, please submit a request at: http://www.bnsf.com/about-bnsf/contact-us-form.html 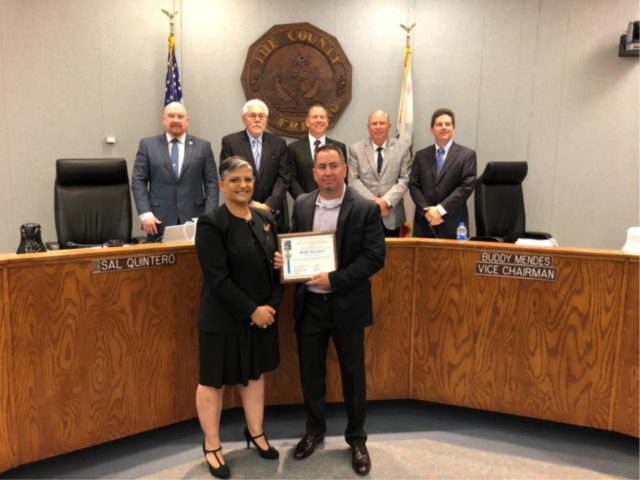